LIFERS, INC. PRESENTS A PROPOSAL FOR A SPECIAL PROJECT OF SERVICE IN SUPPORT OF EXPANDED COMMUTATION RELEASE FOR QUALIFIED LIFERS 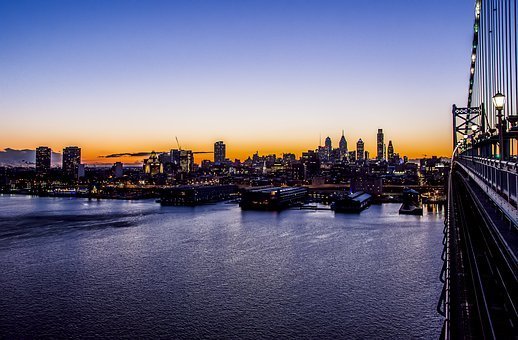 Lifers Inc.. (https://lifersincpa.org) has been asked to participate in a discussion with Ms. Veronica Horowitz who is generating a dissertation entitled, “Towards A Sociology Of Mercy: A Mixed—Methods Analysis Of Commutation Release In the United States.” Ms. Horowitz has requested feedback on her Prospectus. In it she states:

“Given commutation’s potential to meaningfully reduce the size of the United States’ prison population, the overarching question which motivates my dissertation is: How can the utilization of commutation be expanded?”

There has been sustained protest in Pennsylvania calling for the release of deserving Lifers through the Board of Pardons. This protest for mercy and justice, on behalf of deserving Lifers, comes 30 years after the questionable release, and subsequent arrest, of Reginald McFadden in 1994.

Now mercifully, with a Governor in office who is ready and willing to sign for the release of lifers approved by the Board of Pardons, Lifers Inc. is making the case for the meritorious release of deserving Lifers through The Board of Pardons, into a Project of Service, backed with their supporters, as a means of expanding commutation release in Pennsylvania. This meritorious consideration would be based upon the demonstrated value their prison program initiatives have been to the prison population over the years of their confinement, and the potential usefulness their projects could be to the society with their release.

Lifers Inc. is a unique organization here at SCI Graterford working for passage of a Parole for Lifers Bill sponsored by State Representative Jason Dawkins. To the question of this dissertation concerning commutation expansion, Lifers Inc. believes a convincing case could be made for expanded commutation release by having Legislators and the public know of the collective body of work produced by individual lifers over the years.

As casualties of our inner city struggles for survival through criminal means, we have studied the causes of those behaviors that were motivating us and became determined to address those problems through our various social reform initiatives, from a self-help perspective, within the prison setting for the benefit of those seeing positive change. Lifers have labored with the development of these projects with a reasonable expectation that our contributions would be embraced by the powers-that-be, and would take steps to bring lifers out of the prison to perform this vital work. What we need is an opportunity to demonstrate just how prepared we are to follow through with our crime and violence prevention initiatives and reentry solutions, if given an opportunity, through The Board of Pardons.

From the inception of the newly formulated Lifers’ organization at SCI Graterford in 1980, the mission has always been in providing meaningful leadership and services to the prison population, while seeking relief for our freedom through The Board of Pardons. Moreover, we Lifers continue to provide leadership and guidance for most, if not all, of the volunteer programs and inmate organizations within this institution such as the N.A.A.C.P., the Veterans, the Public Safety Initiative (PSI), L.A.C.E.O., Real Street Talk, U-CAN, FACT, Gray Panthers, and PAR and, including the cadre of Lifers who facilitate Temple University’s Inside-Out Criminal Justice Course here at the prison.

The U-CAN violence prevention broadcast out of SCI Graterford was a serious public expression, showing our understanding of the problem and what would be done to address the situation with the application of our unique methods with our freedom. A big thing was made of PSI’s violence prevention project. And, because a politician was convinced of its doability, substantial funds were allocated in support of that idea. Again, this project was also seen in the eyes of the public as a workable idea coming from men serving life, and why their freedom is needed to perform this work on the outside. And, here we are again with PAR, yet another beneficial project initiated by Lifers. This project is on the verge of a major breakthrough in the community as a solution for reentry coming out of Graterford from a self-help perspective.

People Advancing Reintegration, Inc. (PAR) is an inmate self-help program started here at Graterford in 1989 to help fellow prisoners prepare for their freedom in a realistic and responsible manner. As such, PAR is one of the oldest self-help prison programs in the Commonwealth.

In 2016 PAR volunteers responded to the need of creating a business to employ PAR members upon release. As a result, PAR Recycle Works (an electronics waste recycling operation) was established to meet that need. More importantly, this business lays the foundation for the Business-Driven Reentry Zone envisioned for Returning Citizens. The Business-Driven Reentry Zone is to be a place where all of our collective Lifer initiatives can converge to promote and demonstrate our social reform ideals from a self-help perspective.